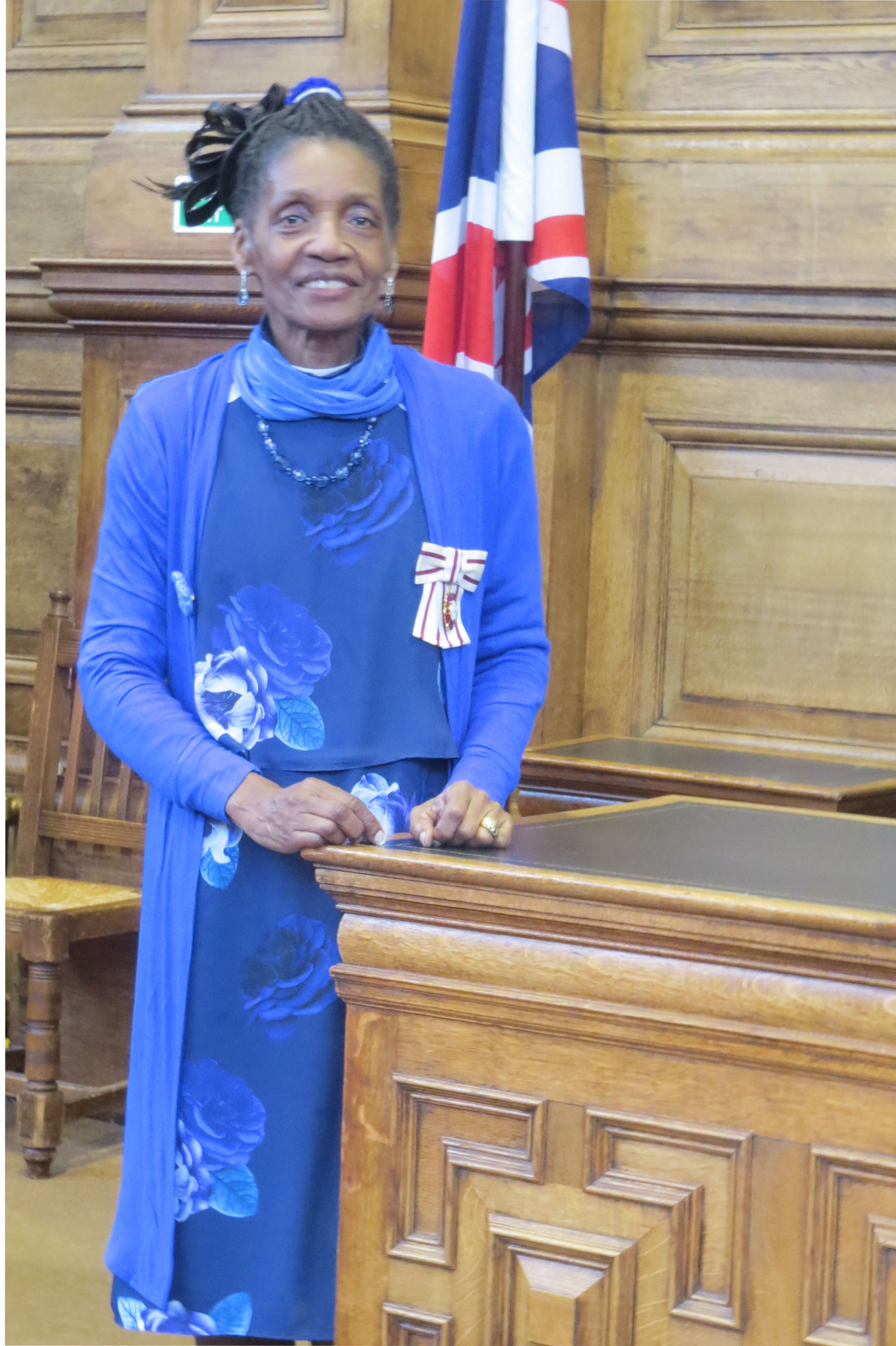 The Vice Lord-Lieutenant stands in the place of the Lord-Lieutenant as Custos Rotulorum. The Lord Chancellor will make such arrangements as may be necessary, in the case of prolonged absence or inability to act.

The current Vice LL of Northamptonshire is Mrs Morcea Walker MBE  VLL, who was appointed in January 2022.

Born on the beautiful island country of Jamaica, Morcea has always been proud of her heritage.  She is the eldest of four children and often reflects on the fact that aged 9 years, with her father already in Great Britain, she and her mother come to join him.  This meant leaving behind her sisters and brother who eventually came to England 8.5 years later.

Her time in Jamaica and the years spent on her own, certainly impacted on her life.  It helped give her feelings of belonging and helping.  The role of her parents loomed large, and they became a driving force in her appreciating education and the community.

In the earlier part of her life in England, before Secondary School, Morcea became a member of the Girls Brigade and of the local church.  Parents were very active within the community, especially with the black members who needed forms to be filled in.  Morcea also played netball, not only for her Primary and Secondary schools (reaching County level), but also for a local club.  Morcea helped at various Youth Clubs and when her sisters and brothers arrived, they were encouraged to do the same.

Morcea attended an all-girls school where O’Level, A’Level and City and Guilds were taught but the difference was that there was an emphasis on Home Economics, Tailoring, Dressmaking, Fine Art, and Ceramics as well as the usual English, Maths etc. Encouraged by her Headteacher, Morcea was able to gain a place in a Teacher Training College, and there she successfully completed a very “hard” 3-year course.

Morcea has taught in various types of Secondary schools – Girls, Boys, Mixed and, for a short period, Special Schools.  Teaching is a passion that has driven Morcea throughout her adult life.  Morcea believes that working with young people should be treated as a privilege, a joy to be part of opening minds and learning from them.

As an Advisory Teacher (Equalities) Morcea used the Arts as a platform for learning.  This has meant that she has promoted the whole issue of gender, race, disability etc through this medium.  Morcea became the co-ordinator for Supplementary Schools in Northamptonshire, and this remains her favourite activity – apart from being a wife, mum, and grandmother!  These schools run language and cultural classes e.g., Arabic, Chinese, Polish, African Caribbean, Russian, Guajarati.  Morcea’s knowledge and understanding of communities gave her a good standing in this role. She has a passion to celebrate and value the diverse communities of the County of Northamptonshire.

Morcea enjoys opportunities given to her to engage with the community within Northamptonshire and beyond.  The Citizenship Ceremonies that she performs as a DL means so much to her as, many years ago, she had to apply for that status.

Morcea’s family is her strength.  They gave her the permission and challenge to carry on doing the various role/activities she supports.  Her three children are all in jobs that serve the community and are quietly doing their own volunteering as appropriate.  Morcea has a true love of the county of Northamptonshire – it’s exciting history, parks, countryside, events, towns and much more.  Morcea has this “polite curiosity” that has enabled her to work with and take various roles, especially those that deal with young people.  Morcea is a Governor at a local school and a Trustee at a number of organisations including Northamptonshire Music and Performing Arts Trust, Northamptonshire Black History Association, Healthwatch, West and North Northamptonshire, Street Pastors, Community Law.

Morcea is hoping that she will be able to continue working with the organisations she has links with as she takes on the role of VLL.  Morcea hopes that her faith, love of gardening and family will help her brain remain healthy!

This site uses cookies. By continuing to browse the site, you are agreeing to our use of cookies.

We may request cookies to be set on your device. We use cookies to let us know when you visit our websites, how you interact with us, to enrich your user experience, and to customize your relationship with our website.

Click on the different category headings to find out more. You can also change some of your preferences. Note that blocking some types of cookies may impact your experience on our websites and the services we are able to offer.

These cookies are strictly necessary to provide you with services available through our website and to use some of its features.

Because these cookies are strictly necessary to deliver the website, refusing them will have impact how our site functions. You always can block or delete cookies by changing your browser settings and force blocking all cookies on this website. But this will always prompt you to accept/refuse cookies when revisiting our site.

We fully respect if you want to refuse cookies but to avoid asking you again and again kindly allow us to store a cookie for that. You are free to opt out any time or opt in for other cookies to get a better experience. If you refuse cookies we will remove all set cookies in our domain.

We provide you with a list of stored cookies on your computer in our domain so you can check what we stored. Due to security reasons we are not able to show or modify cookies from other domains. You can check these in your browser security settings.

We also use different external services like Google Webfonts, Google Maps, and external Video providers. Since these providers may collect personal data like your IP address we allow you to block them here. Please be aware that this might heavily reduce the functionality and appearance of our site. Changes will take effect once you reload the page.